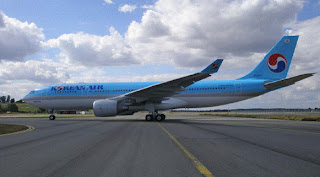 Korean Air has further enhanced its award wining flight service with the deployment of next generation aircraft on its mid and long-haul routes to combat carbon emissions and to provide even greater comfort for passengers.
Korean Air today has started deploying on select routes the A330-200 Enhanced aircraft, one of Airbus’ main models which offer enhanced features such as better fuel efficiency, lower CO2 emissions and an expanded range of cabin facilities.
The new A330-200 Enhanced next generation aircraft can carry up to 226 passengers and has a range of added features to improve passenger experience. Installed with a PW4170 Advantage70™ engine, the aircraft offers maximum fuel efficiency and can reduce CO2 emissions by about 650 tons each year.

In addition, Korean Air’s premium seats and state-of-the-art AVOD system are available in all classes, providing customers with the most enjoyable air travel experience. Additional cabin services used to be found only on B777-300ER aircraft such as mood lights, real time visuals of taking off and landing, and LED reading lamp are now available on this aircraft.

A part from the new aircraft unveiled today, Korean Air will add five more A330-200 Enhanced aircraft by 2013 to its mid and long-haul destinations such as Mumbai (India), Tel Aviv (Israel), Melbourne (Australia) and Nandi (Fiji).

Prior to the delivery of the A330-200 Enhanced, Korean Air has adopted six B777-300ER next generation aircraft with upgraded efficiency since last May. Together with the completion of cabin refurbishment in its current B777s and A330s fleets, Korean Air is able to continue to provide passengers with unmatched services in its class.

Korean Air’s commitment to service excellence has won it six A330 Awards for Top Operational Excellence awards since 2000, a testament to the airline’s top class operating, maintenance and safety standards. 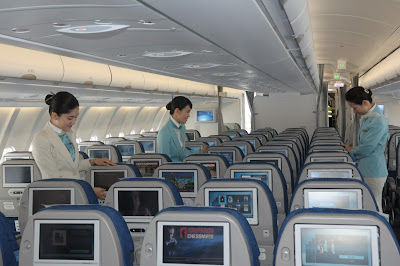